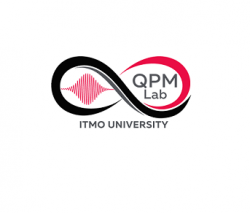 Laboratory of Quantum Processes and Measurements (QPM) of ITMOUniversity was created on February 17, 2020, in ITMO University with the financial support of the Ministry of Education and Science of the Russian federation.

QPM Lab is engaged in the creation and expansion of quantum models of elements of quantum optics and their application in the basic protocols of quantum communications and quantum informatics.

The head of the QPM laboratory is PhD Anton Tcypkin. The laboratory is the structural unit of the Faculty of Photonics and Optical Information. The methods of quantum optics are extremely extensive; they open the way to unique theoretical and experimental research, both fundamental and applied.

Of particular interest are two main areas of research in this area: The basic concern in quantum information theory is to estimate the capacity of quantum channels.

One of the main areas of research in the laboratory is the analysis of the information properties of various non-classical states of light.

For this purposes dissipative dynamics of multimode states models will be constructed, that describe their propagation in various media. Based on such physical models, it will be possible to conduct an information analysis of real quantum channels, which will more accurately describe the operation of various protocols of quantum informatics and evaluate the throughputs of physical quantum channels. Quantum imaging - a relatively new section of quantum optics, which uses the unique properties of quantum correlations, such as quantum entanglement, in order to obtain images of objects with a resolution or any other image criterion superior to any analogues in classical optics. Potentially quantum imaging can be used to store, transfer and process data in quantum computers, as well as to transmit encrypted information.

The experimental quantum imaging schemes developed in the laboratory of the QPM can serve as the basis for devices:

Currently, the scientific group consists of 34 persons. These are already well-known, accomplished scientists, young scientists, graduate students, undergraduates and bachelors of the Department of Photonics and Optical Information of ITMO University