Laboratory of Quantum Processes and Measurements Launches at the Faculty of Photonics and Optoinformatics. Interview with Researcher 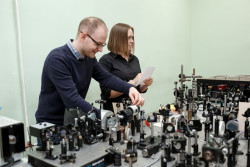 ITMO University has recently launched a new unit that specializes in studying quantum processes. According to the founders of the new laboratory, they are planning to introduce breakthrough theoretical developments of fundamental physics into an experimental science. ITMO.NEWS contacted Anton Kozubov, the head of the new laboratory’s theoretical department, in order to learn more about the tasks that the scientists have set for themselves, as well as why their completion can expand the horizons of modern physics.

Can you tell us about the aims of this new laboratory? What kinds of research will be done there?

The main reason why we are launching the new laboratory is to conduct fundamental research in the field of quantum optics and quantum information theory. Quantum effects are very popular in today’s science, so this field develops at a breathtaking pace. Quantum teleportation, quantum computers, quantum cryptography have been of interest to scientists for many years already.

While the theory has made a huge leap forward, there are still problems associated with experiments and their detailed description. As of now, quasi-classical models, which are founded on a number of oversimplifications, are used to describe specific experiments in quantum optics. A good example of this is that there are almost no models for measuring the parameters of non-classical light conditions when light propagates in various environments. Such incompleteness of quantum process descriptions makes it impossible to comprehensively assess what exactly is taking place during an experiment.

For this reason, we need to create fully-quantum models of various elements of quantum optics that we use in experiments and effectively associate them with theoretical developments. And this is what we’re going to focus on. 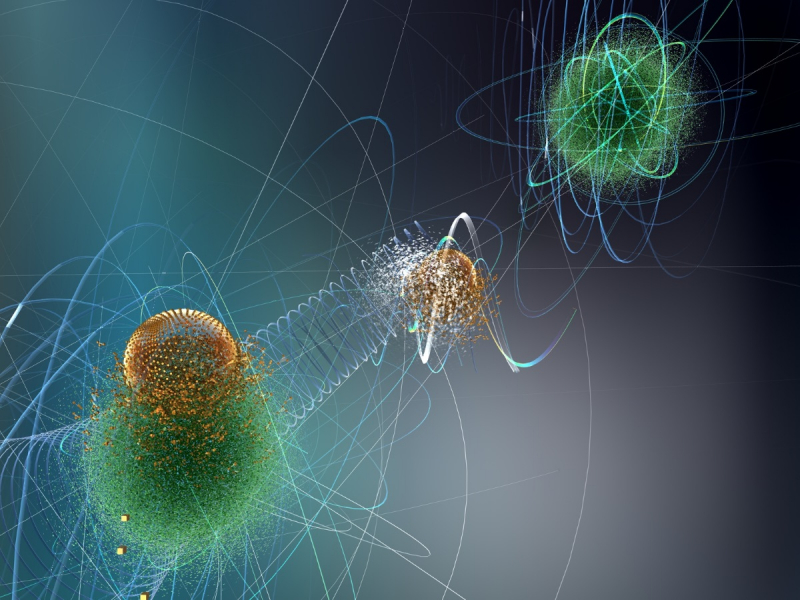 Thanks to quantum imaging, we can create images of objects at a very high resolution that bests that of any equipment working in accordance with the laws of classical optics. This is a relatively new field of quantum optics that makes use of the unique properties of quantum correlations – such as quantum entanglement.

The experimental blueprints that we’ll be developing as part of our project may be used as a basis for ghost imaging (also called coincidence, two-photon, or correlated-photon imaging) devices, quantum lithography, low noise imaging, quantum sensors, and so on. It is also expected that our research will be beneficial to the development of the means for storage, transfer, and processing of data in quantum computers, as well as in quantum cryptography. 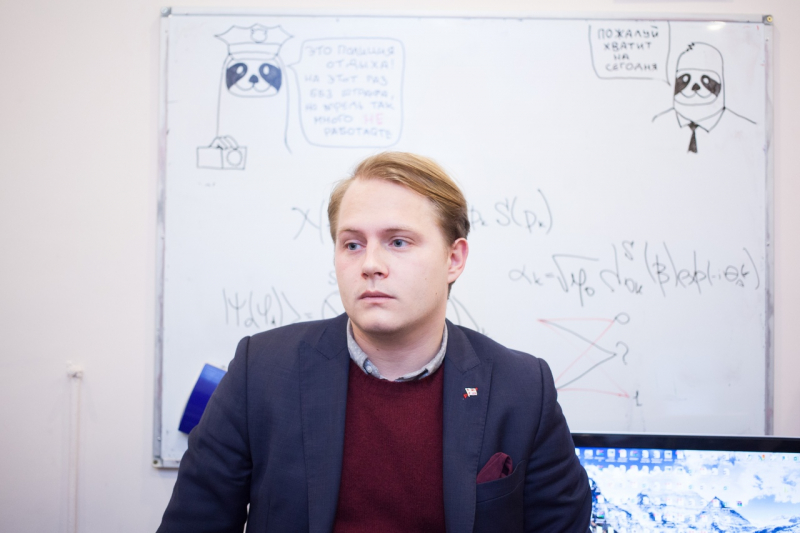 And what about quantum information theory?

Analysis of the information properties of various non-classical light conditions will become one of the main focus points of our research. For this purpose, we’ll be creating models of the dissipative dynamics of multimodal conditions (in our case conditions created with the help of an electro-optical phase modulator) that describe their propagation in various environments.

Researching the conditions created in such a way and their information properties is important because the electro-optical modulator is one of the most widespread devices that are currently used for data encoding. This way, studying phase-modulated conditions will allow us to significantly expand the application of non-classical light conditions for the purposes of data transfer. 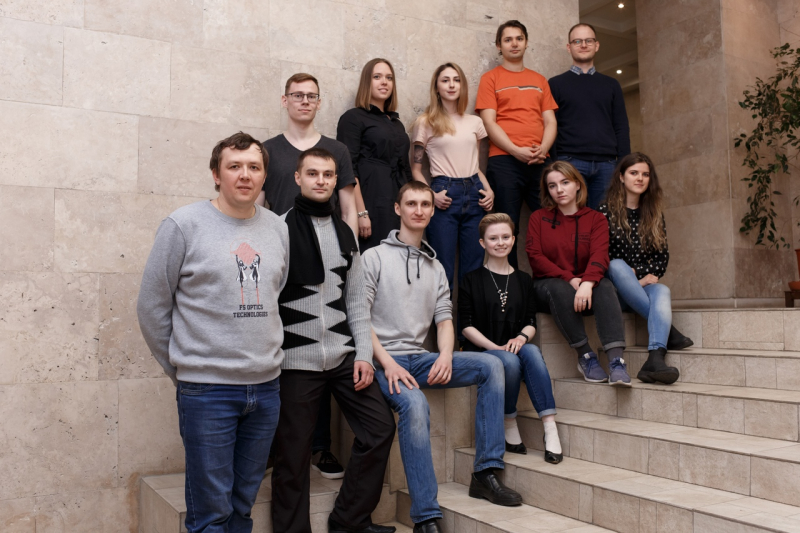 The team's experimenter scientists with the laboratory's head Anton Tсypkin

Why is it now that the necessity to launch a new laboratory became apparent?

It has been brewing for quite a long time. Some of our scientists have been focusing on such research for years and participated in the development of quantum keys. The thing is that due to a rapid development, work in this field has begun to focus on application tasks. and we are still interested in theoretical research. In theoretical physics, it is most important to check your theory against experimental data. But if there is no experiment, you have nothing to check against. So, as soon as we got an opportunity to cooperate with our colleagues who are experts in the field of experimental optics, the decision to launch a new laboratory came naturally.

But still, should we expect any practical results from the scientists of the new laboratory?

Our main applicable results will have to do with associating abstract models from quantum information theory with real physical prototypes. To begin with, it is necessary for providing a more complete description of quantum information science protocols. What’s more, this may help discover new non-trivial effects among the things we seem to know well. Lastly, we’ll be studying various multimodal non-classical light conditions as part of our project, something that no one has done yet.

What about the lineup of the new laboratory’s team? Are you going to involve new specialists?

You can say that the core of our team consists of two groups: theoretical physicists working in the field of quantum optics and quantum information theory, and specialists in experimental nonlinear, quantum, and fiber optics. We are always open to collaboration. For one, some of us have close ties with the Department of Mathematical Methods for Quantum Technologies of the Steklov Institute of Mathematics. 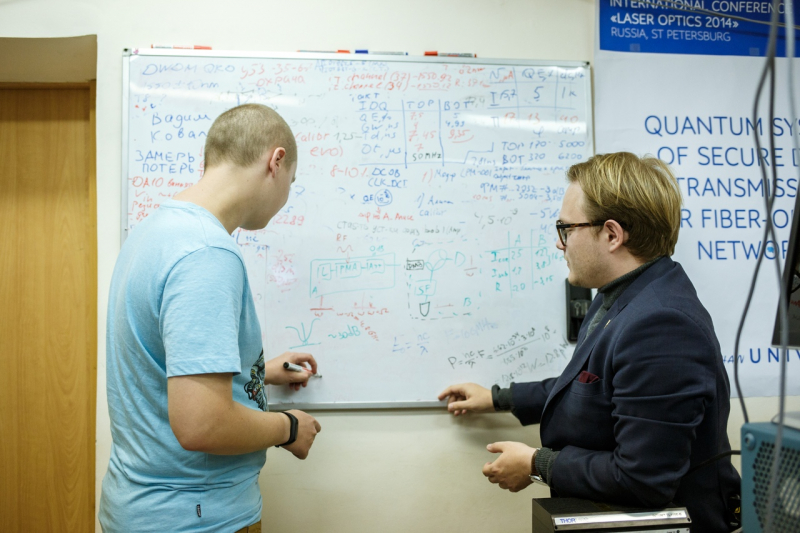 What is the expected effect of the launch of this laboratory?

To my mind, we have all the reasons to believe that the synergistic effect that can result from the merging of two strong groups, theoreticians and experimenters, will help us attain significant results in the field of quantum optics and quantum information theory, ones that will be recognized on an international level. What’s more, the opportunity to conduct such fundamental research can help expand the horizons of modern science.